Afghanistan barely beat Bangladesh. Once again it was the brilliant bowling of Rashid Khan who made it happen. There is a huge spate of T20I matches coming up. I expect Pakistan to figure predominantly there. I think it will be difficult to oust Rashid Khan. The only reason why he may get out of my playing list is if Afghanistan play fewer matches than the others. This is how it stands at the end of the series between Afghanistan and Bangladesh 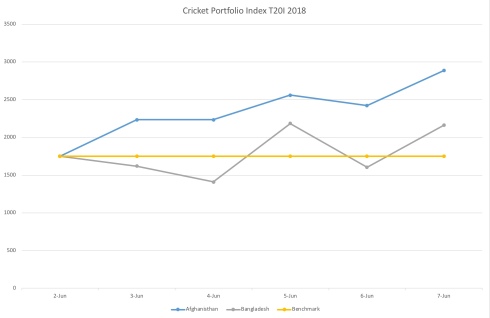 Bangladesh have been highly volatile. There are two series being played over the next three weeks. Four more countries will appear and comparing their performances to Afghanistan and Bangladesh will be interesting. I am curious about how diverse the list is going to be.

The top batsmen, bowlers and players are below. 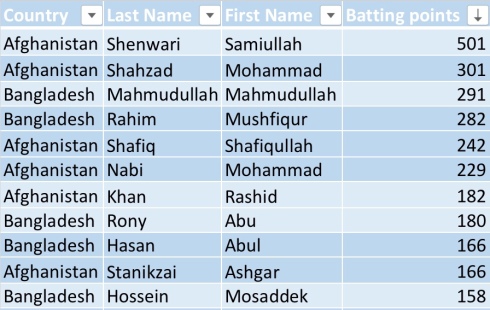 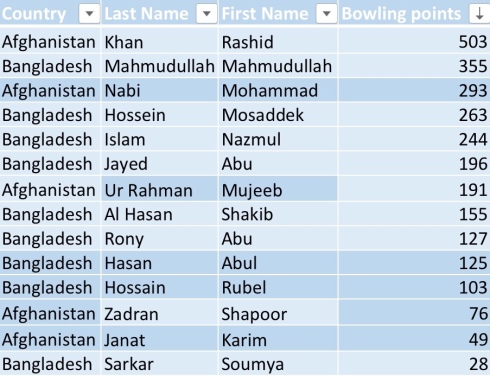 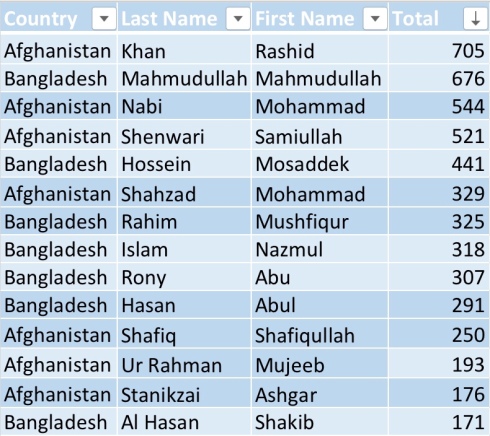 There are some players who automatically picked themselves. The difficult decision was that of the captain. 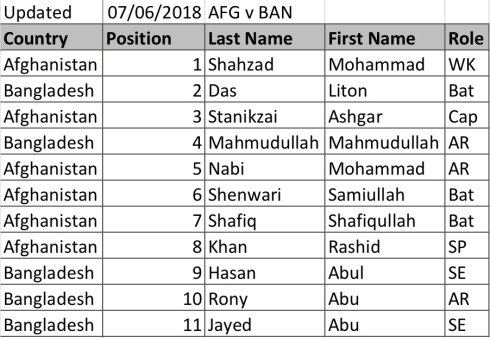 The most difficult decision was between the Captains. Finally the decision came down to who scored more runs. This team is flooded with quality spinners. Shakib Al Hasan was extremely economical but he did not score enough with the bat and the team needed someone strong rather than a floater at the top.