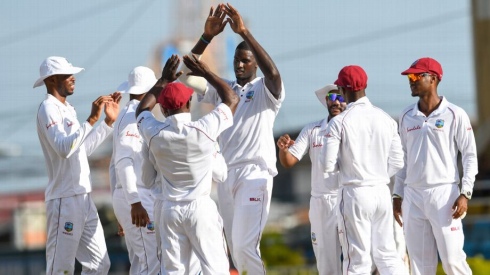 As expected the Windies won the Test Match. Quite Comfortably in the end. The match ended shortly after lunch. The spinners between themselves took seven wickets between themselves. This is probably the first time that the Windies spinners took more wickets than their Sri Lankan counterparts. Chase and Bishoo spun them to victory. As expected Windies crossed England. I also expected Sri Lanka to fare better but that did not happen. If they are able to keep up this momentum then they will be the top team by the time the tests between England and India start. 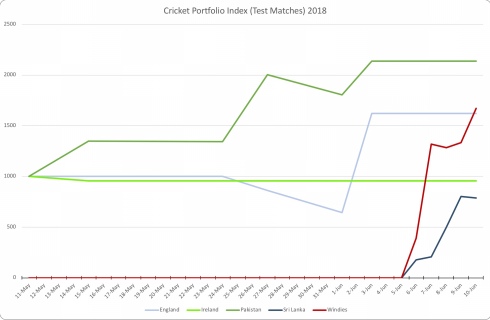 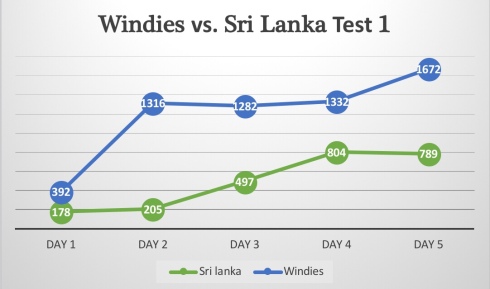 Below is the Test XI. Nearly all of the players picked themselves. The main decision was with regard to Jason Holder. I needed a fourth seamer. The choice was between Holder and Roach. I chose Holder and I chose him to be the Captain over Chandimal. I do not know how things will change but the surprising part for me in compiling this list was that the bowling options. I never thought that I would have only three quicks and the two spinners would be West Indian. This is the beauty of Analysis and numbers. It has the ability to break all preconceived notions. I cannot wait for the next test. 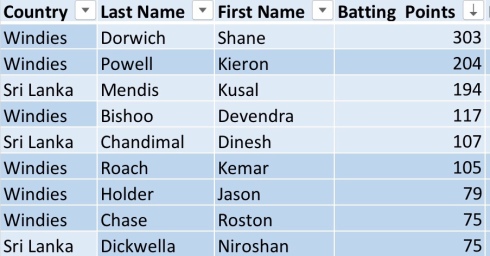 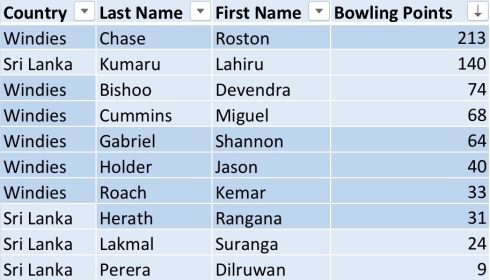 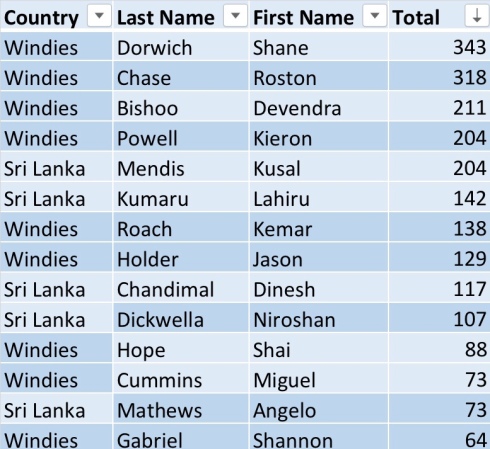 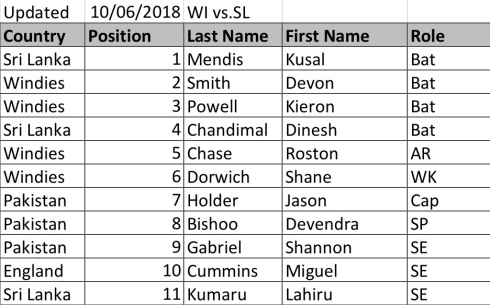 One thought on “Windies vs. Sri Lanka Test 1”