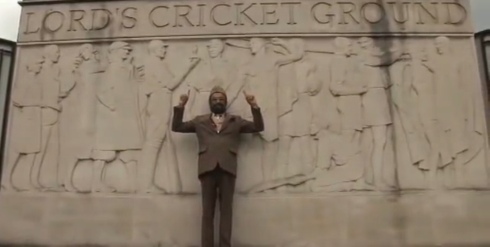 Two things in sports confound me. The first is that India with a population of 1.2 billion people cannot find 11 good people to play football. The second is the lack of quality spinners from the Indian subcontinent. There was Monty Panesar who could have been a truly great spinner but he could not bat or field to save his life except for the test in Cardiff. Moeen Ali initially looked all out of place. I believe his success came because Saqlain Mushtaq helped him and the burden of scoring runs made him a better batsman. Samit Patel failed at the international level. Adil Rashid has decided to focus on white ball cricket. Mason Crane and Jack Leach are knocking hard and fast at the doors of England.

The news that the ECB is going to target British Asian players is good albeit a little late. Something should have been done when Monty was at his peak. He was one of eleven players who got Sachin Tendulkar out in their debut match. Something more should have been done when Moeen Ali was doing well. Like it or not the people from the Indian Subcontinent love their celebrities. One thing that ECB really needs is a spin bowling coach. I have already mentioned Mason Crane and Jack Leach. Amar Virdi seems to be full of talent. I really hope that he will be able to make it in the side.

Here is the reality. England in all probability will play only four full time bowlers. Anderson and Broad will lead the attack. Stokes will be there. That leaves one seamer and one spinner. My personal opinion is that it is better to have one match winning spin bowler who is a decent fielder than an average spinner who is a good fielder and batsman. The third seamer’s slot and spinner slot is wide open. It will all depend on how well who performs domestically by the time the test match against Pakistan will start.

This research shows that 23% of England is interested in cricket. The 2011 census showed that the population of British Asians are about 5%. The question now is whether it is more difficult to find a team of 15 good footballers in a country of 1.2 billion or one world class British Asian spinner out of a population of 3 million.