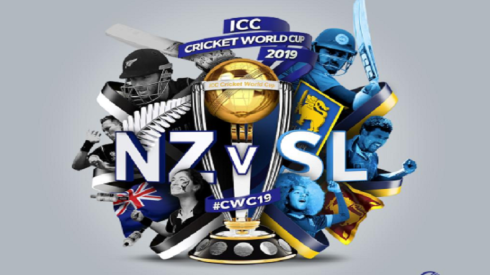 Another low scoring match. Somehow Dave Richardson’s words of having a more competitive World Cup by reducing the number of teams have come back to bite him. I will deal with that issue if there are more lopsided matches.

Once again we have had a game that has been dominated by the ball. This is not what I expected. There was no indication that something like this would happen based on the games that were played as warm-up games, the series against Pakistan or those played earlier in England. Sri Lanka had the record for the lowest score of 202. Now they have broken their record by a huge margin. There have been 16 innings at Cardiff including those being played today. Six of these have been over 300. 50% have been over 250. Karunaratne is just the second person in the history of cricket to have carried his bat in the World Cup. I am beginning to doubt myself of the call that I made about the World Cup. There is a part of me that believes that batsmen who are willing to be patient will do well. Too much of analysis can actually be bad. Teams (this includes England) would have seen the recent scores and would be aiming for 320 at the end of 50 overs. In trying to achieve this though they have not been able to bat out their overs. I am going to stop here otherwise New Zealand may just end up winning before I complete this.

44 minutes. That is the amount of time that went by between the first half of this blog where I wrote that it would be best if I stopped writing otherwise New Zealand would win before I complete the post. New Zealand won by 10 wickets with 203 balls. Needless to say that this is another record that a losing team would not want to have. West Indies beat Pakistan by 218 runs yesterday. Maybe this would get progressively lower. That being said; Afghanistan is currently five down. Will they be able to cross the 105 runs made by their neighbours and possibly lose by less than 200 balls?

The more I see these games the more I believe that shot selection in terms of when to play rather than what to play is more important. At one stage the New Zealand openers had over 50% in dot balls yet they were scoring at more than a run a ball. New Zealand finally ended up with a run rate of 8.47.

There was another issue with the bails today. The ball hit Karunaratne’s wicket and it lit up but the bails did not dislodge. Can you imagine the impact if that had to happen? Karunaratne was at 9 runs at that time. We could have seen a score below 100. Possibly even below 75. Clearly, the heavier bails are not falling off. Bowlers have more than enough problems already. They do not need another one. I hope someone is going to address this problem quickly.

New Zealand outperformed Sri Lanka with bat and ball. The chances of them reaching the semi-finals or even the finals are high. I would love to see New Zealand play either England or India in the finals but I am jumping the gun. As always I look forward to your comments.