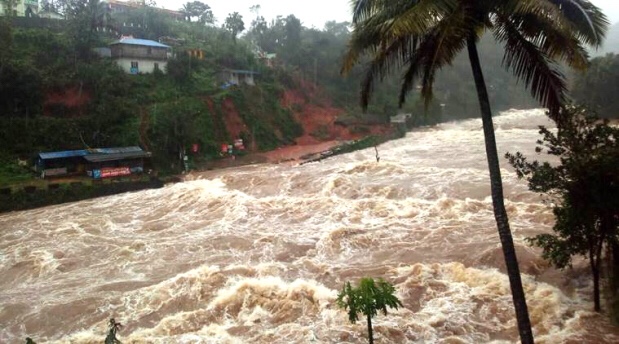 I chose the picture and the title of this piece after careful consideration. Kerala has been devastated by floods. Kerala has an area which is 50% more than that of Wales with a population that is about half of the United Kingdom. In excess of 300 people have died so far. In excess of 200,000 have been placed in 1,500 shelters.

I have very close relatives living in the flood affected areas who I have not heard from for a few days. I just hope and pray that they are ok.

India needs to win this Test. This has to do more than keeping the series alive. Cricket is a religion in India. If ever the country needed a win to restore their faith then this would be the one when they will have to do it in.

I came across this article by Gourav Pilania. I have taken the below image from that article. 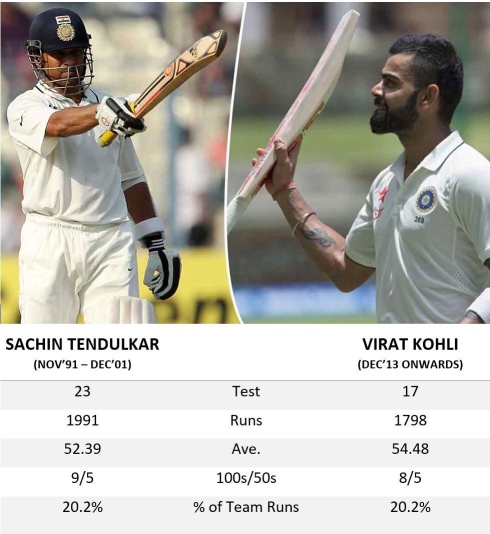 The stats are for the overseas performances of Tendulkar and Kohli. Tendulkar carried the hopes of a billion people on his shoulder every time he batted. For this match it is no less. Kohli should be looking at increasing that average as should the remaining of the team. The article by Gourav pretty much sums up what India needs to do. India has not named their squad at the time of writing this.

England have their own problems. Every decision that the ECB and the selectors make seem to split the opinions of the fans of English cricket. Ben Stokes has been named in the side after he was cleared of affray in his trial. It was the logical move. Pope, Buttler and Rashid could not be left out because they were the selectors pick. That left the two bowlers who won the Man of the Match. Woakes performed better. However I am certain that Curran’s innings had the bigger impact. Curran had to be left out of the side. This does not mean that I agree with it. Things would have been smoother if England went with an unchanged side and allowed the Stokes issue to settle. I do believe though that they want to go for the win here and then give Anderson and/or Broad a rest at which time Curran comes back in.

Trevor Bayliss has suggested that Stokes needs to give the English fans an apology. I completely disagree with this. The only way that Stokes can redeem himself is by playing match changing innings. He has to contribute significantly with the bat and ball. I do not want to see Stokes crying at a press conference or reading out a carefully drafted letter by his lawyers.

India has no option but to win. They cannot go and blame the pitch again. They just picked the wrong side at Lords. I have already mentioned two reasons why India have to win. If India needs more then here are others.

4) The country needs a reason to come together again after the communal violence that has infested the country.

Test cricket is about mental strength and discipline. If these reasons cannot inspire the Indian team to dig in then I really do not know what else will. As for England let’s just hope the Midas touch of Ed Smith continues if not then social media and certain Yorkshire men will be waving their hands around and causing a huge ruckus.