Skip to content
Posted on May 24, 2018May 26, 2018 by psoans Posted in Blog, Cricket, ECB, England, England and Wales Cricket Board, ICC, Indices, Pakistan, Test matches 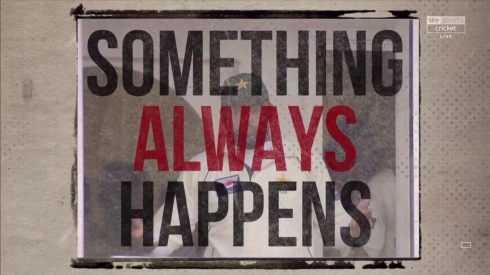 Joe Root won the toss and opted to field first. I do not think anyone expected that decision. His reasoning was that despite the grass and overcast weather the wicket was dry underneath. I possibly would tend to agree with the commentators that bowling should have been the first choice. The choice of picking Mark Wood in front of Chris Woakes is interesting. He probably would have had his first wicket if Ben Stokes did not go for the catch. Mark Wood has not had a good few years. The last time he did well was against Pakistan in 2015 in Dubai. The last time he did consistently well at home was in May and July in 2015.

The first session in any test in England is always tricky. Stoneman, Root and Malan got out really cheaply. Root played an unnecessary shot. I am a big fan of Malan but I must admit that I have been disappointed with his performance with red ball cricket. I am not sure how many chances Stoneman and Malan will get with Vince and Pope banging hard on the doors of the English dressing room.

Based on my Index England have scored 399 points and Pakistan 480 points. Alastair Cook was the only batsman who looked determined and it looks like he will go ahead and get some much-needed runs under his belt. Below is the prediction what CricViz is predicting. Their prediction has a similar percentage to the ratio that my numbers have churned out.

I like what CricViz does. We will have to see how the numbers change and how it compares to the numbers I have. I must admit that CricViz is something that I like. Based on my numbers I think that they have given the English batting too much credit. Based on my system a specialist batsman should be scoring at least 100 points. Only Cook managed to do that. All rounders should score a minimum of 75. Only Ben Stokes did that. On the bowling side; Abbas and Ali shone. Amir was disappointing once again though the delivery where he got Cook out was a beautiful ball.

I really liked the way Faheem Ashraf has bowled today. Rahat Ali being dropped from the side was expected and rightly so. Hassan Ali came and blew the English away. It is really good to see his enthusiasm . I have never been a fan of getting the spinner to bowl for one over. Pakistan did it with Shadab Khan and England with Dominic Bess.

I am in two minds about Ben Stokes and Jos Butler. They have just came back from the IPL. Jos Butler was amazing there. Their strike rate is really good. However strike rates are not that significant in Test cricket. Jos Butler and Ben Stokes needed to stay on. The debate will rage on until someone who does well in the IPL ends up being a key person in the English test match. The IPL has done extremely well to discover Indian talent who otherwise would have gone undiscovered. The question though is if the 100 ball cricket can do the same in England in two years time.

Anderson and Broad have not bowled as well as they normally do. Wood has been reasonably good. Tomorrow will make a big difference. Cook in an interview said that they were about 50 runs short. If the English bowlers bowl well then I am sure Root will rue his decision to bat first. I still feel that England should have bowled to a fragile Pakistani batting line up this morning. Will England be the side in this match that hopes that the rain comes in times to save them? Time will tell. Maybe someone should ask Old Father Time. He resides at Lords anyway.