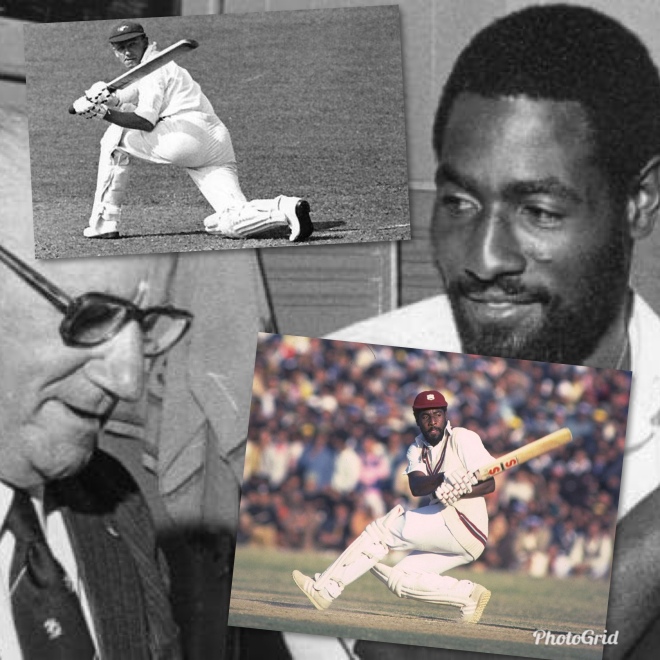 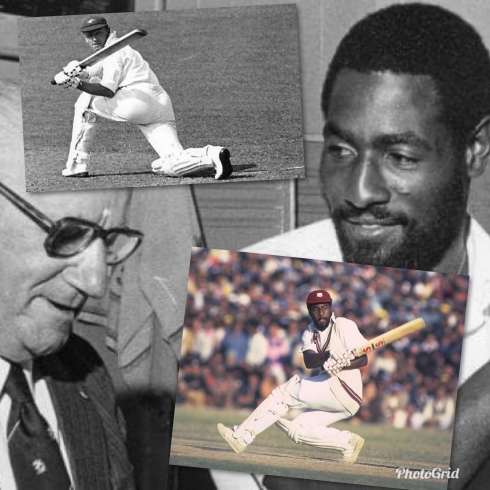 Don Bradman will always be the benchmark by which anyone would measure their performance. His average of 99.94 will be the Holy Grail of Cricket and it is something that is likely never to be witnessed again. An average of 99.94 would imply that you can expect him to score a century in every innings that he bats in. This is where things get interesting; Bradman has scored over 99.94 in each of his innings only once and over 200 in a match in only 16 out of the 52 games he played in. This means that you would actually see him cross his average in a Test only 30.7% of the time although I suspect that the number will be higher if you have to consider the number of times he has got more runs than his previous average.

I covered the topic of using Bradman as a Benchmark. It is worth the read but the bottom line is that the number of points that Bradman accumulated per innings based on my Index can easily and constantly be surpassed but the rate at which he got those points will be difficult to reach. I did that Benchmark using Don Bradman and Sachin Tendulkar but where does Viv Richards fit in this truly beautiful mosaic of numbers?

The first thing to do is to get the basic career stats out of the way which can be found below and is sourced from espncricinfo. 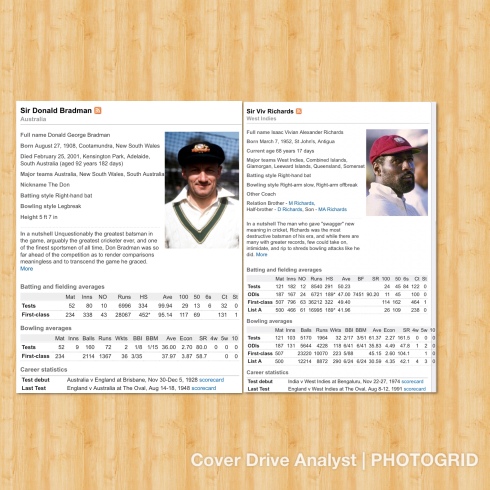 On paper Bradman seems to be miles ahead of Viv Richards. My index neither supports or rejects this as it takes into consideration the quantity as well as the rate of scoring into consideration. Viv Richards has scored 10,265 batting points where Don Bradman has scored 9,276 batting points. By default this would rank Viv Richards higher than Bradman, therefore, the next step would be to annualise them. In investments, annualised returns are essentially how much an investment has made for a given period of time which is usually one year. I amended the formula so that I can do the same in a cricket context. This number translates to 12.10% for Bradman and 5.21% for Viv Richards. So far Viv Richards has only two things in his favour. The first is he has scored more runs than Bradman and the second is that he has scored points based on my index. It was at this point when I felt the need to dig further as the analyst side in me started to go into overdrive and I felt that I was missing something. Bradman has a higher percentage of ducks to his name than Viv Richards and has two golden ducks while Viv Richards has none. I mentioned earlier about the number of times Bradman scored more than his career average in each innings of the games he played in. Viv Richards has crossed his career average per innings more times than Don Bradman has.

I believe that my final analysis will be the one that will be controversial especially considering the character of the people involved and their playing styles. Viv Richards is considered to be flamboyant and aggressive in his playing style while Bradman more conservative. Tests are more than one person though and there is no use if one person plays well only for the team to fail. For all the greatness of Bradman; he has lost more games as a percentage of games played than Viv Richards has. Viv Richards would be the person I would choose to be in my Test XI because I know what I can expect, there is less risk with having him in the team, his batting will be exciting and most of all he probably will be more fun to be around!! I would add a small caveat here because this will probably come up. I strongly believe in my system but the quality of the bowlers must be taken to get the absolute value of cross-generational players. I do not have the resources to do this. So I will stick to Sir Viv Richards unless I can find that the bowlers that Viv Richard faced were significantly worse than those in Bradman’s time.

I would love to hear your thoughts on this either directly here or on Twitter. I know we are living in hard times but please do consider donating to Lord’s Taverners as the people they help need it more now than ever before. Stay safe and just remember that Social Distancing does not mean social isolation. Call up or video call with people. Get involved in online communities but most of all do not panic.