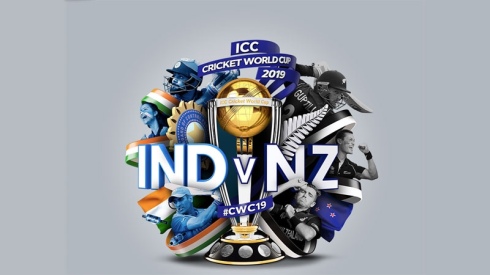 A matter of inches in the penultimate over when Dhoni was run out is probably what put the final completely out of reach of India. That run out redeemed Guptill for the runs he has not scored throughout the tournament. India recovered from 92-6 to 208-7. The winning percentage did not reflect what was on the ground. I am convinced that India would have won if that run out would not have happened. There is the controversy that there were six fielders outside the circle at the time of the run-out but that is to be expected in a country where the fervour of cricket is one of the only things that can unite most of the nation. Dhoni has played 350 ODI’s and he has won 202 of them. Of those he has won 116 games batting second with him being not out or did not bat on 88 of those occasions. These statistics are amazing. He is probably one of three Indian players that people in India would cheer to come in when a wicket falls. There can be no doubt that the failure of the top three had a huge impact on the game and whether he should have come up earlier so that he could have guided Rishabh Pant and Hardik Pandya so that there could have been a nice mix of experience and youth.

Nothing can be taken away from New Zealand. It was almost as if the infectious nature of Kane Williamson rubbed onto the entire team. The catch by James Neesham to dismiss Karthik, the run out by Guptill and the bowling by the Kiwi quicks all contributed to a decisive win. It was good for the game of cricket that there was a really close game. The downside though will be that the viewership of the 2nd semifinal and final will drop because India is not playing. I would prefer that England wins the 2nd semifinal because there would be a new holder of the trophy which is something that the game needs. England and India were the favourites from the onset. India was said to be a team that deserved to be in the final. Then again all ten teams fought their way to be in the tournament and all of them deserved to win.

One thought on “CWC19: Semifinals 1: India vs. New Zealand; A Worthy Match”