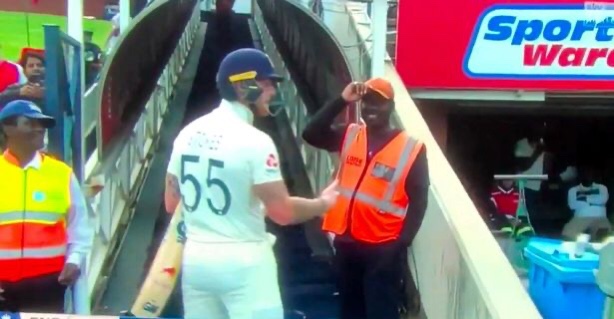 Most of my posts so far have been diplomatically correct as I wanted to focus on the analysis of the data bereft of emotions so that my conclusions would be based purely on emotions. The problem with that is cricket is an emotionally charged game where the players in the middle are as emotionally charged as the spectators. The last thing that batsmen should face on their lonely walk back to the dressing room are taunts from the crowd especially based on ethnicity. I cannot and will not blame Ben Stokes for reacting the way he did because I believe that his response was apt to a racial slur made by a spectator. Calling the spectator four-eyed may have not have been the smartest thing to say but what else was he supposed to do? It is not that he could go to google and search for non-offensive phrases to call idiotic supporters of South Africa. I would put the blame completely on the spectator to the extent that I think that the person should in fact be banned from all matches where South Africa is involved. Ben Stokes has come a long way since he was cleared of the charges of affray. I will be highly disappointed if any serious punishments get handed to him by the ICC or ECB. I will also not be surprised if a group of people come out and say that Rabada was punished more harshly because of the colour of his skin. This is where I applaud Faf Du Plesis for saying that he does not see colour and for Makhaya Ntini to state that the quota system devalues the achievements of black cricketers. Abusing Ben Stokes for being ginger is the same as insulting someone for being black. Both are derogatory slurs based on their physical and racial background.

Discrimination of any kind should be treated equally. I am proud to be English as I am of my Indian heritage. There was one incident in a professional environment where one person mocked me with a head bobble which is associated to a large extent with Indians. I felt offended but was told that the person was just joking and I should not take it seriously. Would it be more serious if I was called a Paki instead? Being politically correct is equally as bad as being incorrect so we should look at whether there was any malice or a serious actionable physical threat made by Stokes to the spectator or was it a natural human reaction.