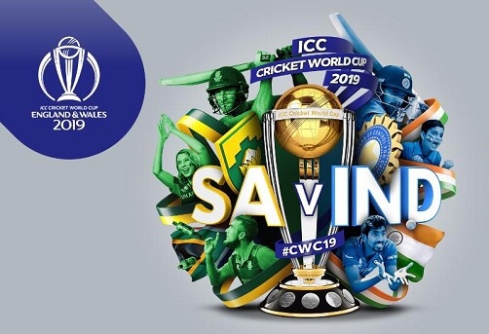 India has played their first innings and now all the teams have played one game. Any hope of South Africa doing better in this game based on how they played against Bangladesh started to dissipate after the sixth over and all but disappeared by the 20th. It may be time to start doing a post-mortem of South Africa. They should have a deep look at their batting. There is a problem when your top order gets only five more runs than your lower order. I may be jumping ahead of the gun but their bowling unit looks as weak as their batting.

India went into the game with just two frontline fast bowlers. Then again Bhuvneshwar Kumar and Jasprit Bumrah are probably the best bowlers in the world with Hardik Pandya bowling well too. South Africa’s weakness against spin meant that it seemed a logical choice that India went in with three spinners. Chahal bowled extremely well. The interesting thing though is what Dhoni kept doing. He kept instructing the spinners on where to bowl and how to bowl. Kohli has given Dhoni a free hand in setting the field. Dhoni constantly kept an eagle eye on the field. Kohli has played 69 games and has won 49 games. Dhoni and Kohli have played 49 games together with Dhoni as a captain. Kohli has won 34 of the 49 games they have played together. This essentially translates to Kohli having won 71% without Dhoni being in the team and 69% with Kohli being in the team. I am tempted to border on heresy by saying that Dhoni does not make a significant difference to the team. Then again I would not be a good analyst if I did not come up with a contrarian view now and then.