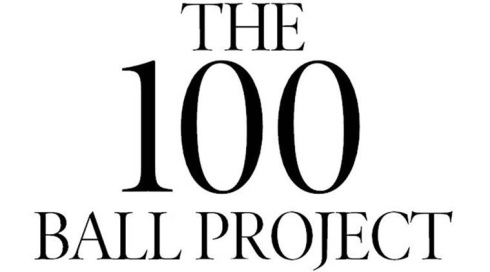 Bumble is one of the handfuls of cricket commentators I truly admire and respect. The others in no particular order are Michael Holding, Harsha Bhogle, David Gower Ian Botham, Isa Guha and Simon Doull. I may add Joy Bhattacharjya to the mix too. I hold them in high regard because they have a great love of the game and are extremely insightful. Most importantly despite their team loyalties (Football teams do not count), they are as impartial as possible.

There has been a lot of chatter about The Hundred. In the midst of all of this, I came across Bumble’s support of The Hundred. I tweeted that I was disappointed by this news. He sent me a nice direct message explaining his reasons which I am thankful for. I truly hope I will be able to chat with the man himself in person one day.

I had written about The Hundred back in April. I was supportive of it then. In fact, I had mentioned that it would make more sense to have 10 overs of 10 balls each or 20 overs of 5 balls each. Subsequently, suggestions of having a five ball over and even a 10 ball over shares by two bowlers have come up. The latest string of articles which reported that there could be a 12 or 15 person side is just adding to the confusion. ECB has come with such a strong denial that it was almost as if they had committed a crime. So what do we actually know?

2) There will be eight city teams

3) The Hundred will be run in addition to T20 Blast

5) The game will be trialled behind closed doors in September.

7) There will be some free to air games.

Reassurance and transparency: My hesitancy in supporting this idea completely is the lack of transparency and the shambolic way the information has been filtered through the fans. The genuine sentiment across most of the cricket fans is that the existing base of followers is being ignored in the quest to find a new fan base. I felt more reassured by Bumble’s two messages than the entire information that has trickled through from various sources. As an analyst, my first reaction on hearing something is to go to the source. In this case, the lack of information by the ECB meant that most of us had to rely on third-party reports and views to form an opinion. There are numbers being thrown around but there is no tangible evidence as to how The Hundred will benefit counties but more importantly grass root cricket.

Impact on other formats: My other major concern is the impact that The Hundred will have on other formats of the game. The Hundred will be beneficial if it is able to direct its new followers towards Test Cricket. Sustaining people with “Fast Food” cricket is not a viable alternative. The game needs a healthy “Five a Day” fruit and vegetable too. I cannot deny the attacking and positive nature T20 has had on test cricket. One should also consider the reason why test cricket globally is not even going into the fourth day. Will The Hundred make this worse?

A balance between Bat and Ball: Then there is the case of balance between bat and ball. I enjoy seeing the ball sail away out of the ground. Sometimes it can get boring. A thrilling low scoring match is better than a high scoring one-sided affair. Get the kids to want to become the next Jordan Clark or Chris Jordan as much as they would want to be the next Jos Buttler. Leave some grass on the pitch. Use the bigger seam Dukes ball instead of the Kookaburra. Make the boundaries bigger.

Unearthing talent: IPL is a huge success. Personally, I do not believe that this can be replicated anywhere else. One of the great things that IPL has done is unearthing talent. Having experienced international cricketers and coaches in the same dressing room has made a big difference to the game.

Fan Interaction: I love the way Bumble interacts with the people in the stadium. However, the fan interaction that happens at IPL even though indirect is greater. Get Apple or Samsung to sponsor the game and give phones for every catch taken. Give cricket training sessions for children who answer quizzes from a Blue Peter episode. Have gifts for special days for Mums when their children are out training.

Brand Building: IPL is more than a tournament. It is a brand. How will this be managed and increased? In 10 years the sponsorship of the IPL has increased 10 times. The value of the brand in 2017 was estimated to be US$5.3 Billion. Will the ECB be able to do this properly?

I believe that cricket is one of the best games in the world with the potential to exponentially grow if done right. I do not think there will be any middle ground for The Hundred. Either this will be a huge success that will inspire the next generation of cricketers or it is going to be such an abject failure that the ECB will be the laughing stock of the whole world. It will probably be worse than the Allen Stanford fiasco. Test cricket should and always be the gold standard. Whatever is done should be carried out keeping this in mind.